How to Eat Well & Spend Less! 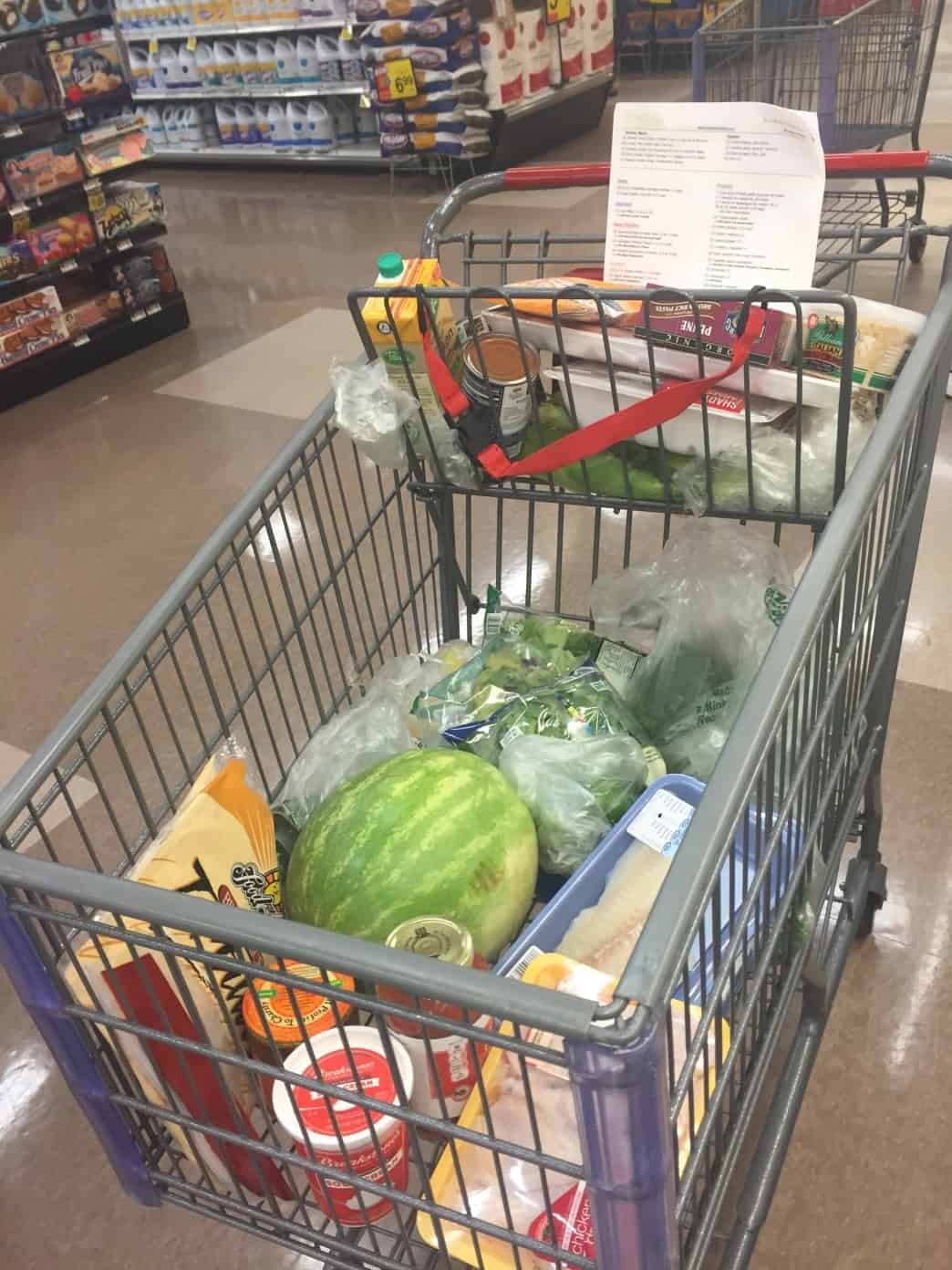 Recently, one of our members on the family plan tested out this week’s menu by going to her preferred store (Hannaford) and buying only the items on The Dinner Daily list – in other words, she only bought the items for this week’s dinners and no breakfast, lunch, or staple items. She and her husband were in the process of fine-tuning their food budget and wanted to see how much The Dinner Daily was saving them, so that they could splurge one weekend night and go out to dinner guilt-free with all the money they were saving during the week!

When she told me she was doing this, I asked her to take a photo of her shopping cart and receipt as I thought it would be a great way to show that 5 nights of dinners to feed a family of five is achieved for only $85 or less!

This member does not eat gluten so two of her items – the Tortillas and the bread crumbs – were gluten-free versions, which makes them a bit more expensive.  She also admitted that she forgot the coupons! So despite the fact that she didn’t use the coupons and she opted for more expensive versions of two of the items, her grocery bill was still on mark – $86.94. Had she used the coupons, even with the gluten-free items, she would have been well under $85!

Now, she and her husband are planning a nice dinner out this Saturday, while her 3 teens are out with friends – a nice reward for saving a significant amount of money during the week!

It’s all about the plan: having one is the first step!

Want to have easy dinner recipes every week? And even better, dinner plans that are created just for you based on your food preferences and local store specials? If so, give The Dinner Daily a try!

Try it free for 2 weeks!

Learn more about how The Dinner Daily can help make dinner easier and save you time and money!

What is The Dinner Daily

Watch our video by clicking the image below to find out more about our fantastic meal planning service.

It takes all the guesswork out of meal planning and save you money too! Highly Recommend!
— Jen H.